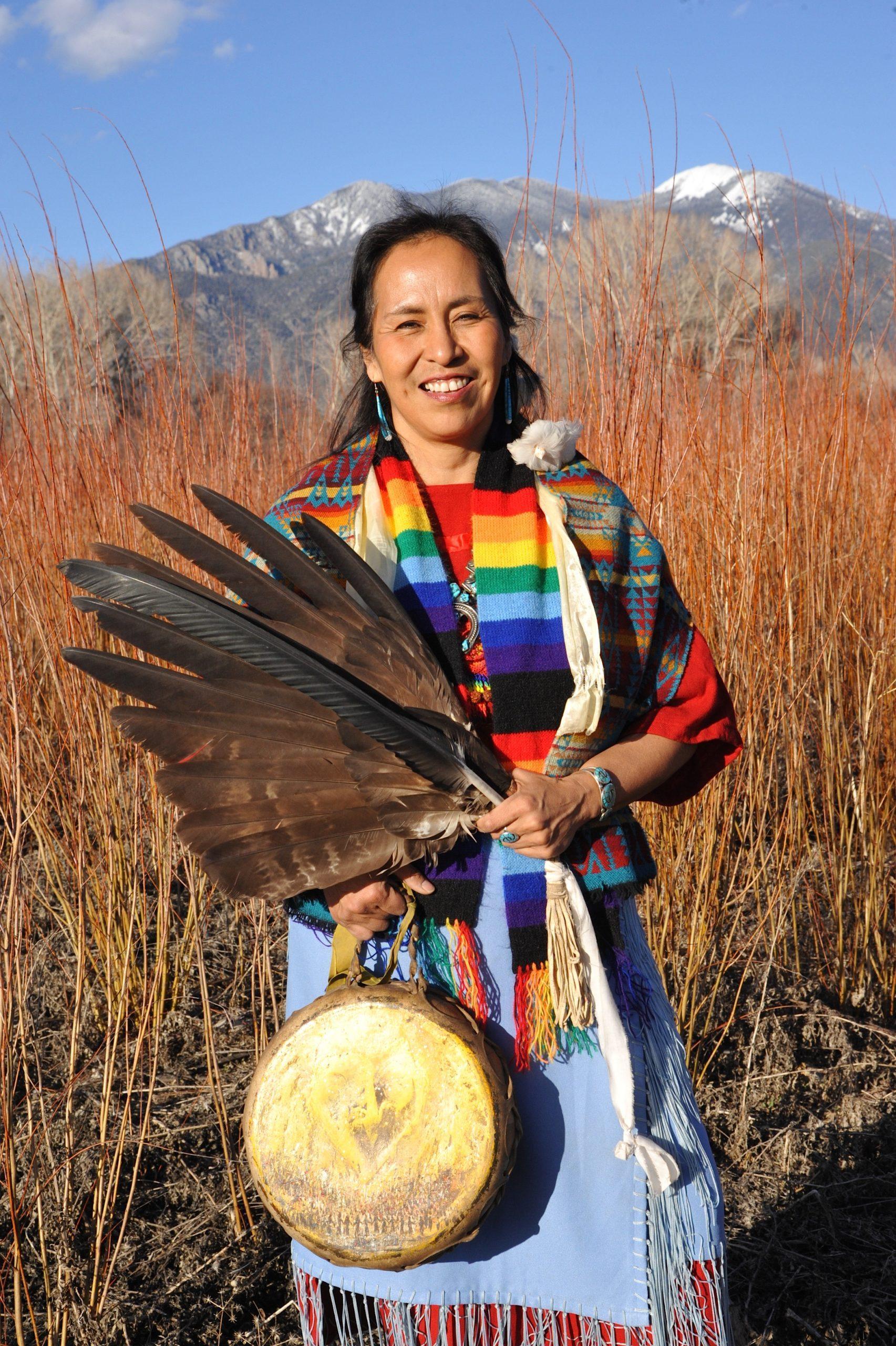 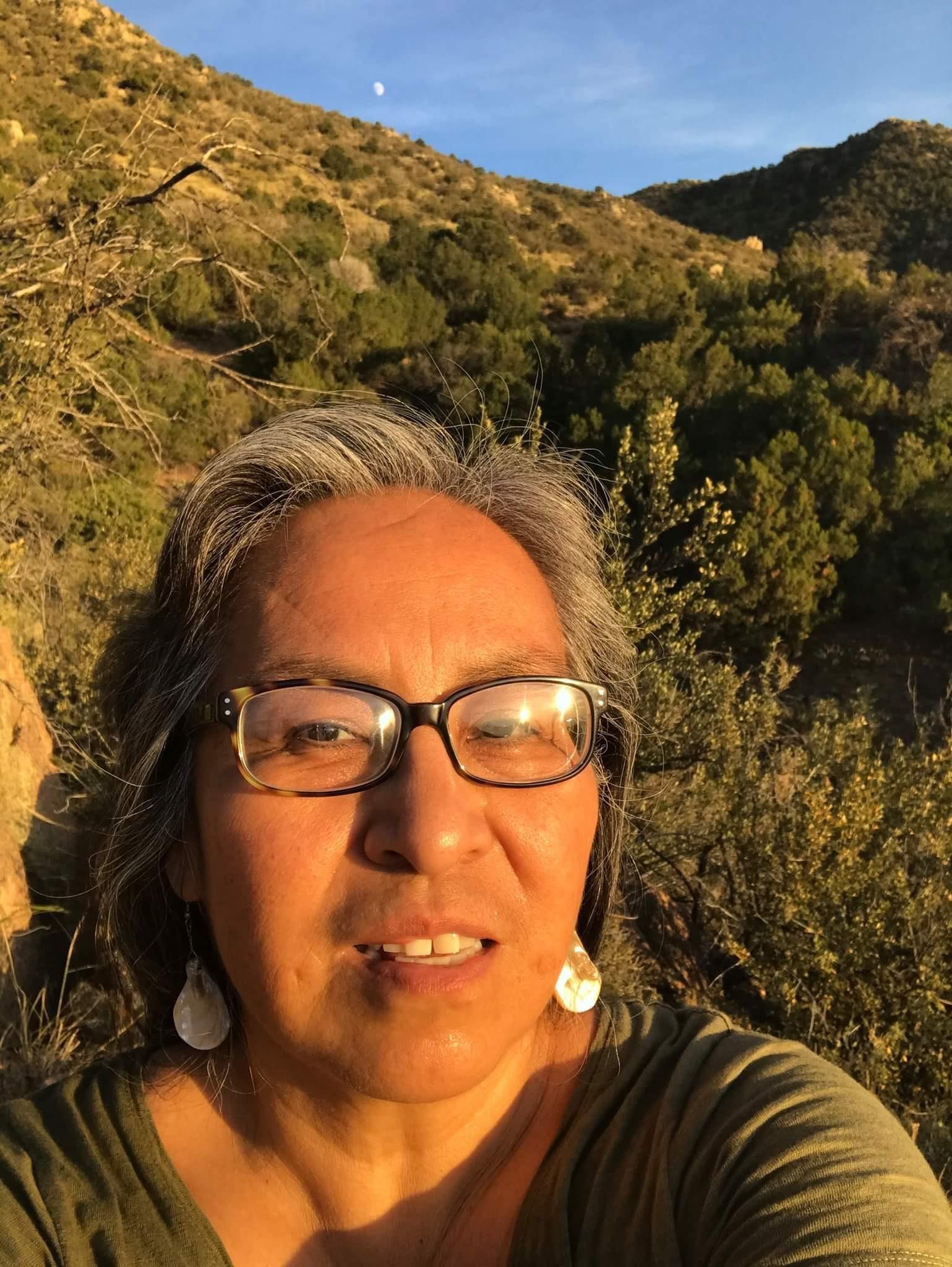 Woman Stands Shining (Pat McCabe) was born into the Diné Nation (Navajo), and was adopted by the Lakota Spiritual way of life. She lives in northern New Mexico where she spent younger years raising 4 sons and 1 daughter. Her gifts are being an articulator of visions and dreams and symbols as the language of spiritual helpers reaching out to humanity, an enactor of Spiritual counsel, a passionate daughter of the Mother Earth, and an upholder of Mother Earth’s Authority at this time. She speaks, prays, and loves internationally, fully claiming her global citizenship. Current investigations for the healing of the Five-Fingered-Ones are: our use of western science practices to participate in Cause and Effect, the deep spiritual gift of our consent as activism, and the reconciliation between Men’s Nation and Women’s Nation for functional polarity and Thriving Life.