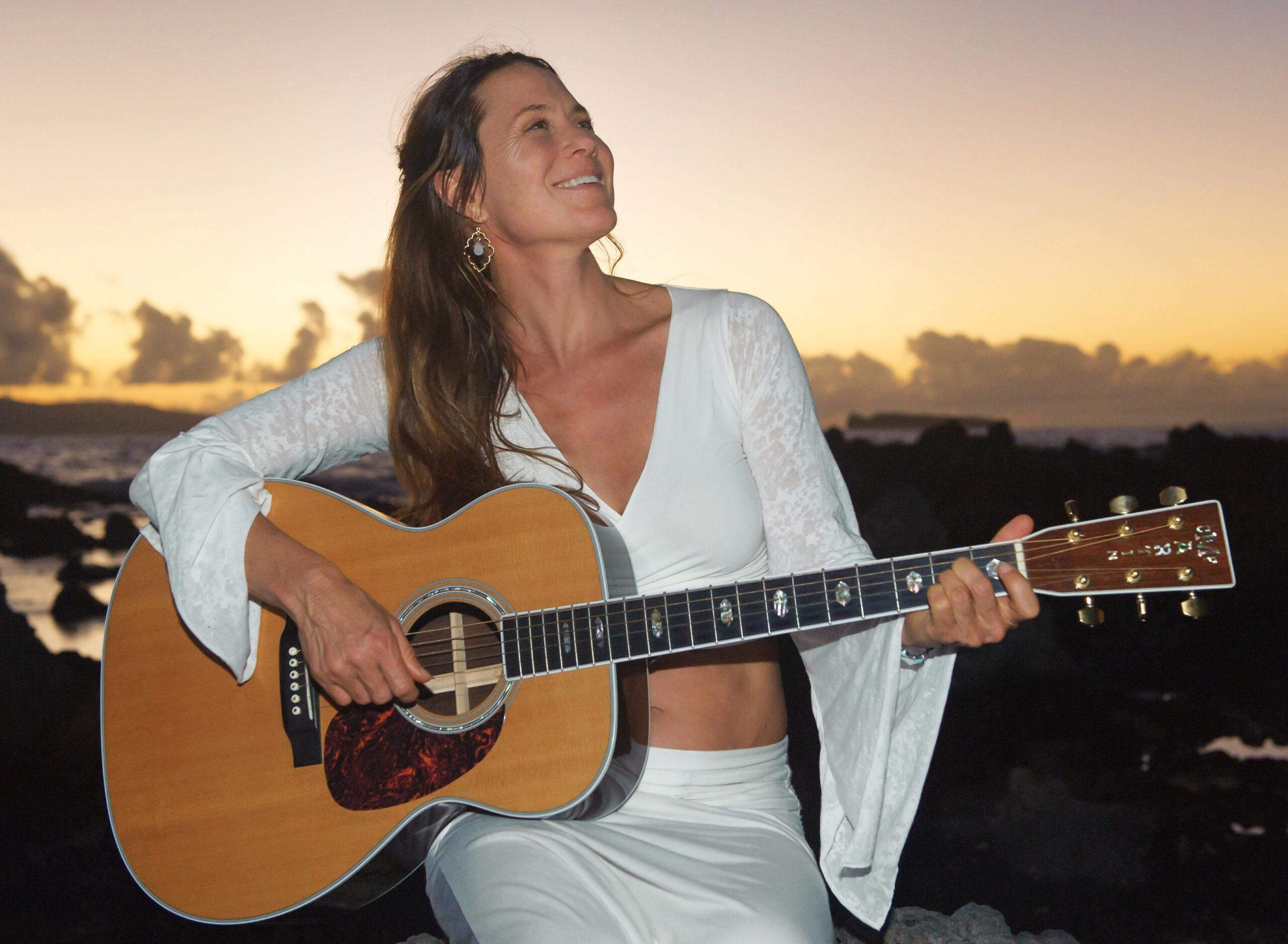 Jaya Lakshmi began leading kirtan and writing her own devotional songs in the early 1990′s shortly after receiving harinam initiation from Srila Govinda Maharaj, a spiritual teacher of bhakti (devotion) from West Bengal, India.  She went on to create 4 solo chant albums on Sequoia Records as well as became the lead singer of the tribal-trance band Lost at Last (West Coast USA, 1997-2004). She is the creator of “Kirtronica” – electronica music with mantra designed for ecstatic dance.

In 2010 she began her collaboration with Ananda Yogiji. In a span of 10 years, they released 10 mantra albums on Sounds True, Spirit Voyage and independently and toured extensively throughout the western USA and internationally.  Since parting ways in 2020, Jaya Lakshmi continues to explore her unique expression as a singer, songwriter, musician and composer with her solo recordings and performances. She leads Yoga, Chant and Adventure retreats annually in Hawaii, Sedona, and other destination spots. In May of 2021 she established her Goddess Empowerment and Healing Retreats for women.

Jaya Lakshmi is known for her authentic and deep devotional spirit as well as playing an important part in establishing kirtan and mantra music in the west. From 1997 to present she has produced a total of 19 albums.

Goddesses of India – Embodiment of the Divine Feminine

Learn more about the Goddesses Lakshmi, Saraswati, Kali, Durga, Radha and Tara. We’ll look into their origins, discuss our experiences of them, and practice specific mantras, meditations and yoga to embody and radiate their divine presence within us.